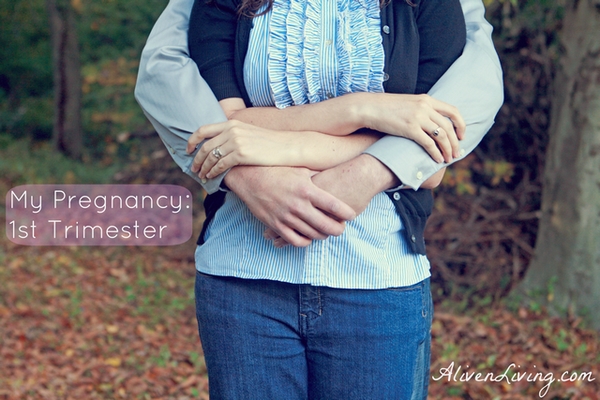 As planned, after five years of marriage, we are having a baby! Even if the baby wasn’t planned, we would still be excited! (I’m 12 weeks pregnant in the picture above.)

I feel so blessed to be eating real food about six months before and during this pregnancy. It has really improved our health and I’m sure our baby’s health.

On our fifth anniversary we flew to the state of Washington. We visited the Olympic National Park, Mars Hill Church in Bellevue, and Victoria, Canada. We stayed in our own little cabin for the week and ate lots of yummy real food! While in Victoria we stopped to eat at a little restaurant along the street and tried for the first time, raw oysters. I loved them! A Buck a Shuck, they called it. I still laugh when I see the picture of the sign.

Anyways….I supposed to be talking about my pregnancy.

Before taking a pregnancy test, I could almost feel that I was pregnant. I just had that feeling. My husband wasn’t so easily convinced and lovingly stated that it might not happen the first time. I just laughed. Two weeks later I took a pregnancy test and got to show him this picture 🙂

The first couple of weeks I experienced some nausea and fatigue. I remember thinking that it was going to take forever to get through the first trimester, but it didn’t. lol. There were a couple of times when I did puke, but I realized later that they were all connected to sugar which I ate the night before. Drinking Red Raspberry Leaf Tea helped me feel better, along with applying Magnesium Oil on my belly and taking baths with Magnesium Flakes. Read more about the real cause of morning sickness, here.

I have two amazing midwives which I meet with every six weeks. Every appointment with them so far has been a least two hours long! They care so much and take time to get to know me. So far, I am planning to have a home water birth and am due in May.